The following is summary of planned new and ongoing road improvements over the coming week from Monday, October 17, to Sunday, October 23

Junction improvement work. Eastbound entry slip road will be closed nightly, 8pm to 6am, from 17 October until 19 October. Diversion will be in place via Marsh Mills.

Eastbound exit slip road will be closed nightly, 8pm to 6am, from 17 October until 19 October. Diversion will be in place Lee Mill.
Read more at http://www.plymouthherald.co.uk/roadworks-planned-in-devon-and-cornwall-october-17-23/story-29815007-detail/story.html#6l4F3vmqVAoj7qex.99

Please find the latest Buronomic furniture updates below with a brief description and links to the relevant brochures. For the latest discounted prices contact Merlin Industrial Products Ltd on Lee Mill Industrial Estate. 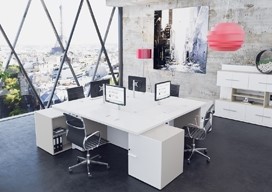 93% of the younger working generation no longer want a traditional office. With this modular and customisable range, you can design and arrange your office layout according to your needs. 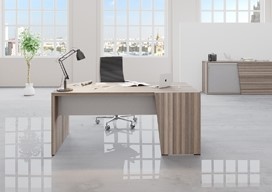 A recent study states that on average, managers work 50 hours a week. Now you can choose a comfortable, simple and sophisticated executive suite that will reflect your status within your company. 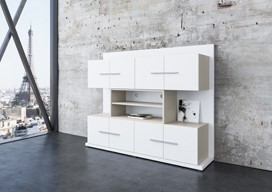 A recent study has revealed that an untidy desk represents 150 hours of work lost every year. Be more efficient and get organised by selecting a flexible and aesthetic storage solution for your office. 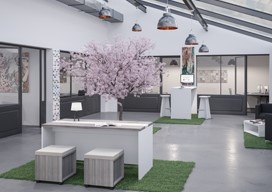 Available at desk height and poser height, Reverso meeting tables adapt to your spaces and requirements. Genuine and modern, they will prove highly practical for your daily meetings. 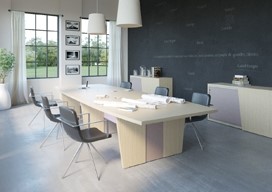 On average a director spends 16 years in meetings during his working life. Make your meetings more productive with a solid statutory and comfortable table. Round or barrel shape, extendable to fit all rooms; Don’t wait, choose today the perfect table that will host all your meetings of tomorrow. 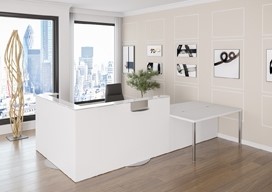 Modular, contemporary, slick and minimalist, the Reverso reception counter will allow you to work comfortably. With Reverso Accueil you can be assured that you will catch your visitors attention and make that first good impression. We have just updated the cantilever racking page to show several different ranges from light to heavy duty in both single and double sided models with various weight loading’s and overall heights.

Visit this page for more information on the cantilever racking.

Thousands of motor cyclists will be completing the charity event this year which begins, as usual from Lee Mill Industrial Estate and travels to Plymouth Hoe.

Money for the various good causes is raised by charging the riders a minimum of £ 3 entrance fee and the members of the Plymouth Motorcycle Club vote for the various charities.

Plymouth Hoe provides a huge selection of stands including catering along with Live music making it an ideal day out.

We have just taken delivery of a fibre router and BT Openreach have added a fibre link offering speeds up to 75 Mb/s at the panel by Booker’s at the entrance to East Way.

If you have been waiting to get a decent internet service on the estate your wait is now over!

In 1973 it was realised that Meddings Machine Tools needed a larger more suitable manufacturing site was needed, due to congestion in South East England. After researching the UK for good manufacturing sites it was decided that a move to Ivybridge, South Devon would provide all the requirements for a new modern industrial site.

The Lee Mill Industrial Estate was chosen by Meddings Machine Tools because it was seen as a site that would allow the company to grow. The site was originally built as a training base for firefighters, complete with tower.

SWLaw is unusual in offering access, under one roof, both to legal and to financial planning expertise. Time and again we see that legal issues rarely arise in isolation. It can be helpful to draw on both disciplines and so be able to provide the comprehensive and integrated solutions our clients need.

Located next to the A38 Expressway connecting Plymouth with Exeter and the M5 their offices are easy to access, with ample free parking. Call their solicitors on 01752 205202

Cut Plastic Sheeting Ltd was created from the growing market demand for bespoke cut panels. Since their establishment they have grown rapidly and become one of the leading suppliers, offering impressive lead times, quality manufacturing and outstanding customer service.

Whatever the demands or complexities of the design, their systems are always flexible enough to cope. Whether it is a prototype or a production run, each item receives the same meticulous attention because ultimately, quality reflects the prestige of the merchandise.

Established in Mid Devon for nearly 50 years, Parkins reputation has been built on being Competitive, Knowledgeable and Reliable.

Offering brand name equipment and consumables to the Engineering, Welding and Construction trades – they advise, sell & service with the long term firmly in mind.

They partner with some of the biggest brands available, including Hitachi, Makita, DeWalt, Bosch, Lincoln Electric, Jasic, Draper Expert & more, you can see more by clicking visiting their website.

With a central distribution hub and showroom in Tiverton, and a second showroom in Plymouth, they can provide you with all of your industrial supplies quickly and efficiently.

Tuffnells Parcels Express is delighted to announce that in their 100th centenary year they have been acquired by Connect Group PLC. Based in Swindon, Connect Group PLC is a specialist distribution company with interests that include newspapers and magazines, books and education supplies. Formerly known as Smiths News PLC the business has a 224 year heritage and a reputation as a leading player in each of its markets. The Company has a current annual turnover of £1.8 billion with profits in excess of £55.5 million.

We are also pleased to announce that the current Tuffnells Parcels Express management team will continue to run the day to day business, and in nearly all cases have become substantial stakeholders in Connect Group PLC.

Chief Executive Officer of Tuffnells Parcels Express, Lloyd Dunn said “The current Tuffnells business plan has been enthusiastically embraced by the new owners. This includes an exciting expansion programme of the existing infrastructure with a further six new depots being opened during the next two years and complete new re-builds of the current Sheffield and Stafford depots.”

He also said “The famous Big Green Parcel Machine vehicle livery will remain and Connect Group PLC will provide a safe home for Tuffnells Parcels Express for the next part of its so far successful 100 year journey.”

Send News and Events to news@leemillindustrialestate.co.uk